Up early this morning in search for tench, arriving at the syndicate, not long past dawn I had a wander over to a nice bay with a number of features to fish to. Tactics were fishing hair rigged worm fished heli style, and a mix of groundbait and chopped worm in the feeder, using two rods on alarms. 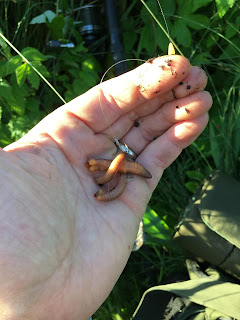 Weather was spot on, and with the sun warming up my bald head it was nice to just sit there and soak it in, especially with the wildlife on show including great crested grebes, buzzards and dragonflies. The water is gin clear as well and occasionally fish like to wander close, in this instance a pike of 5lb or so slowly swam past before bolting when it saw me. 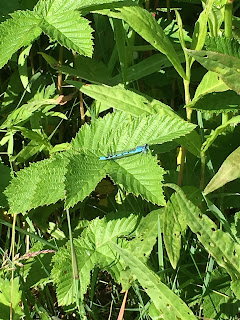 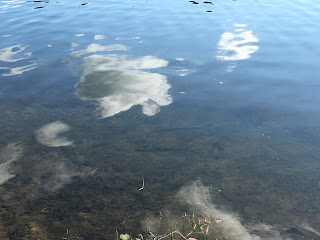 The right hand rod then purred into action out of the blue and I was soon netting a nice tench of 5lb 1oz. 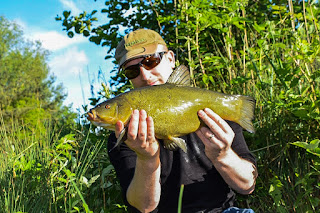 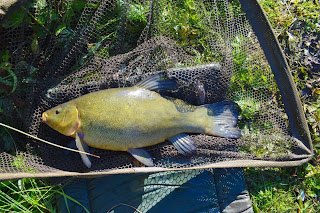 I didn’t get any action after that, but really enjoyed the few hours just chilling. The river season is nearly here, but I’m intending to split my time between an evening trip to the tees during the week and a weekend trip doing something else, be it fly fishing upper tees, lure fishing for bass or gravel pit tenching.

Back to tiling the kitchen now!!
Posted by Jimmy at 13:32 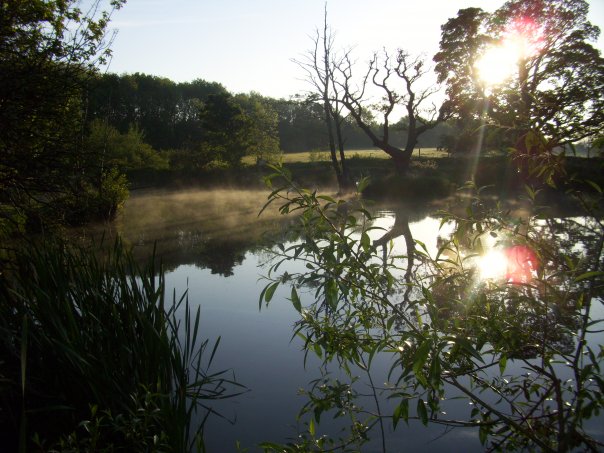